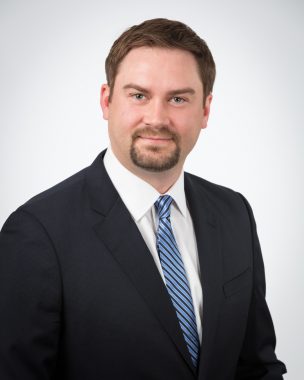 As Co-Chair of Bassford Remele’s Diversity, Equity, Inclusion Team, Mr. Mulder helps develop and drive initiatives across the firm while keeping it connected to affinity, community, and bar groups. He is the firm's representative to Twin Cities Diversity in Practice and also involved in his community through the Pro Se Project. In addition, Mr. Mulder serves as Bassford Remele's Chief Financial Officer.

Over the course of his career, Mr. Mulder has litigated numerous high stakes cases in federal and state courts as well as arbitration proceedings.

Successfully represented a company in obtaining multi-million dollar payment of proceeds under a D&O policy.

Obtained dismissal of legal malpractice claims and affirmance on appeal.

Obtained judgment on pleadings and affirmance on appeal in action against company specializing in drug testing.

Served as counsel in disputing an insurance claim by a Fortune 500 company to recoup over $450 million that the company paid in settlement to reimburse its subscribers' medical bills, which had allegedly been systematically underpaid by the company. The company’s claims for coverage arose out of several underlying claims, including class actions and a proceeding brought by the New York Attorney General. UnitedHealth Grp. Inc. v. Columbia Cas. Co., 836 F. Supp. 2d 912 (D. Minn. 2011).

Obtained stay and ultimately a dismissal of claims for insurance coverage for underlying claims involving exposure to asbestos.

Jeffrey Mulder has been elected Bassford Remele’s Chief Financial Officer and will serve a...

Congratulations to these attorneys who were named to the 2022 Minnesota Monthly Top Lawyers List:...

Bassford Remele is pleased to announce that Lewis Remele is the top vote-getter in the 2022...