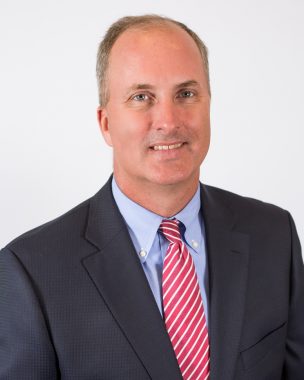 Mr. Whitmore is a trial lawyer who represents and counsels health systems and other businesses and professionals in litigation, risk management, licensing, governmental investigations, and compliance matters.

A sought-after litigator, Mr. Whitmore represents a majority of the health systems in the Twin Cities, including their outstate locations. He takes pride in seeing each matter through conclusion and partners closely with his clients to achieve their goals anywhere from conference rooms to courtrooms.

Mr. Whitmore has 30 years of experience successfully litigating matters to verdict in state and federal courts across the Midwest. He has also successfully represented many physicians and other professionals in licensing disputes before regulatory entities.

Obtained summary judgment and affirmance for a physician at the Court of Appeals in a case of first impression that clarified the timing mechanisms in Minnesota’s expert-review statute, Minn. Stat. § 145.682; Firkus v. Harms, 914 N.W.2d 414 (Minn. App. 2018).

Represented amicus curiae nursing home in a matter involving a city’s decision to deny a conditional use permit application for another nursing home to expand its existing assisted living services by adding a third building to its campus; RDNT, LLC v. City of Bloomington, 861 N.W.2d 71 (Minn. 2015).

Obtained summary judgment and affirmance for a physician in a medical malpractice matter involving alleged claims of misdiagnosis, delayed diagnosis, and lack-of-informed consent; Uram, No. A13-0102, 2013 WL 3779334 (Minn. App. July 22, 2013).

Obtained summary judgment and affirmance for a hospital in a medical malpractice action interpreting the applicable statute of limitations; Hemmerlin-Stewart, No. A05-100, 2005 WL 2143691 (Minn. App. Sept. 6, 2005).

Defended a corporation and an individual in a banking industry matter involving the Change in Bank Control Act of 1978, 12 U.S.C. § 1817(j), engaging in self-dealing and insider transactions, and monetary penalties for statutory and regulatory violations; Lindquist & Vennum v. F.D.I.C., 103 F.3d 1409 (8th Cir. 1997).

Successfully defended a national corporation in which the Minnesota Supreme Court clarified the interpretation of the McDonnell-Douglas test under Minnesota law in a case alleging race discrimination in violation of the Minnesota Human Rights Act; Hasnudeen v. Onan Corp., 552 N.W.2d 555 (Minn. 1996).

Obtained dismissal and affirmance in a case involving liability for a health care provider arising from the criminal acts of a third party who murdered a patient; Kay v. Fairview Riverside Hosp., 531 N.W.2d 517 (Minn. App. 1995).

Successfully obtained a jury verdict and affirmance for a defendant manufacturer accused of discrimination in a case involving allegations of discriminatory discharge and violations of Title VII of the Minnesota Human Rights Act; Jeffries v. Metro-Mark, Inc., 45 F.3d 258 (8th Cir. 1995).

Obtained dismissal and affirmance for a health system in a case alleging liability for the criminal acts of a third party; K.L. v. Riverside Medical Center, 524 N.W.2d 300 (Minn. App. 1994).

Represented an insurance agency in a matter alleging that the acquisition of a group health policy occurred by misrepresentation of the scope of coverage; MNVA R.R., Inc. v. John Aldren Life Ins. Co., 507 N.W.2d 15 (Minn. App. 1993).

Mark Whitmore, a member of Bassford Remele for nearly three decades, has been elected to serve as...

Congratulations to these attorneys who were named to the 2022 Minnesota Monthly Top Lawyers List:...

Twelve Attorneys Named to The Best Lawyers in America

Bassford Remele is pleased to announce that sixteen lawyers have been included in the 2023 Edition...

Bassford Remele is pleased to announce that Lewis Remele is the top vote-getter in the 2022...

Bassford Remele is committed to serving its community and is pleased to announce that the following...

Mr. Whitmore has been interviewed on health care topics.

Mr. Whitmore is regularly asked to speak on issues regarding civil litigation, hospital risk management, the Minnesota Commitment Act and disputes with licensing agencies. He is also frequently invited to present on health law and medical malpractice issues at the University of Minnesota’s Law School and Medical School and several other colleges and universities.