Our experience involves disputes that range from relatively small claims to large, complex cases involving hundreds of millions of dollars. Some of our past successes include a trade secret case resulting in one of the largest arbitration awards in Minnesota history. Our IP defense work includes frequent representation of policyholders who have liability insurance covering advertising injuries or other claims.

Defending and prosecuting IP claims can be complicated and expensive. At Bassford Remele, we handle these claims cost efficiently, with lawyers who have extensive courtroom experience.

Represented a global computer-equipment company, obtaining an award in excess of $625 million in a complex trade secret arbitration.

Defended a national credit-reporting company, obtaining a defense jury verdict after a six-week trial in a complex trademark dispute.

Represented successful restaurant chain in favorably resolving Trademark Trial and Appeal Board proceeding, resulting in the registration of its trademarks.

Represented a global medical-device company, obtaining a summary judgment in a case involving claims of misappropriation of trade secrets and confidential information.

Defended a global manufacturing company, obtaining a decision addressing the application of the law of the flag doctrine in patent litigation cases.

Represented a software inventor, obtaining dismissal of a large claim by a major bank under a patent license agreement.

Represented a university in a patent inventorship dispute.

Represented a doll manufacturer against multinational manufacturers and retailers on claims of trade dress infringement, dilution, false advertising, right of publicity and co-branding, which was resolved after successfully overcoming summary judgment.

Successfully defended producers of Lord of the Rings movies against travel agency in trademark infringement and dilution claims matter.

Represented an advertising agency, obtaining an order in a copyright dispute regarding a television advertisement and limiting the scope of discovery and damages before the matter was resolved.

Represented a plaintiff in a gray market/counterfeiting unfair competition matter regarding auto parts sold under plaintiff’s trademark, obtaining an order that plaintiff’s parts sold outside its distribution chain were materially different due to warranty issues.

Successfully represented a shareholder in a successor liability dispute over trademark rights and the imposition of an equitable lien in marks when the losing party attempted to move them to another corporation.

Bassford Remele is very experienced in trademark legal matters. They have a responsive and strategic approach to litigations and communicate well with clients.

Mr. Hickey is a trial lawyer who represents businesses and individuals in complex commercial disputes, including intellectual property, unfair competition, and...

With more than 25 years of experience as a trial lawyer, Mr. Abramson focuses his practice on trust and estates litigation and intellectual property litigation. Mr....

Mr. Mulder is a litigator whose practice focuses in commercial, insurance coverage and professional liability matters, with significant high stakes claims and class...

Kevin Hickey and Aram Desteian will present New Developments in Ethics and Professional...

Metropolitan Tier 1 Firm in the area of Commercial Litigation 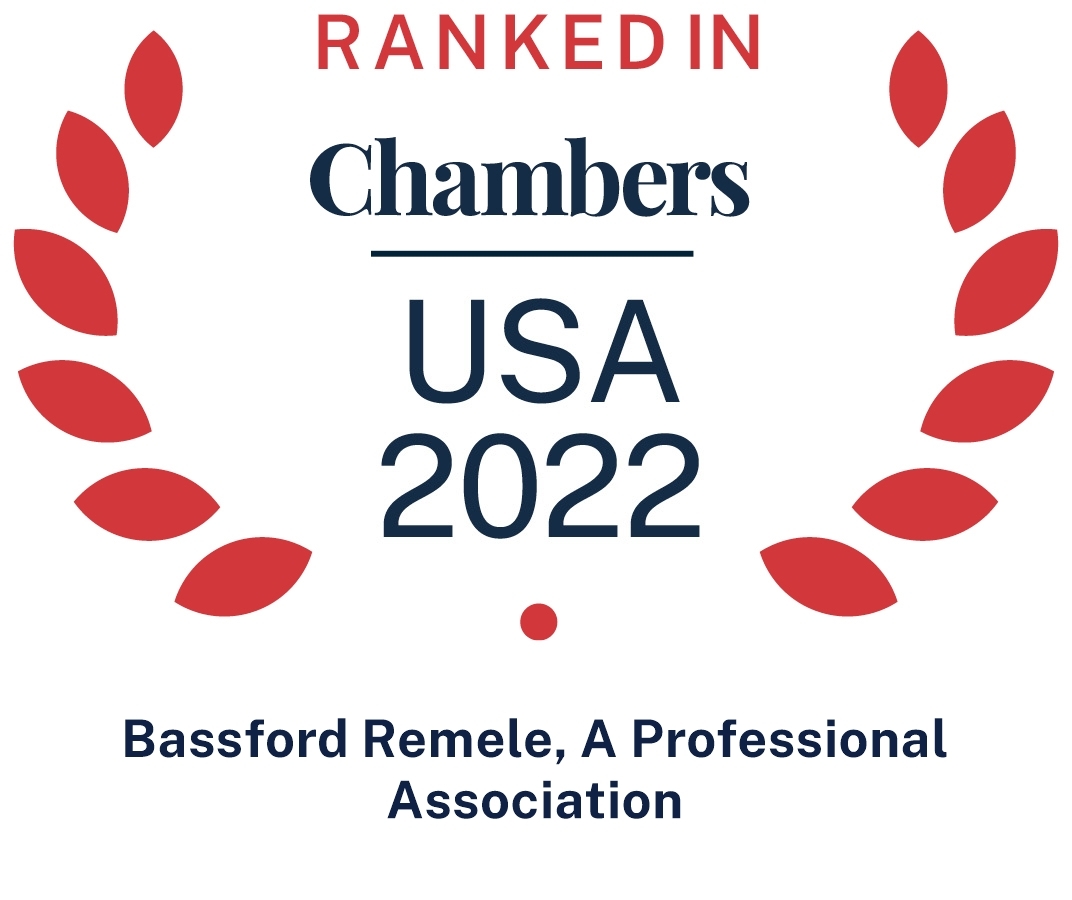